How To Pass A Saliva Drug Test: Everything You Need To Know 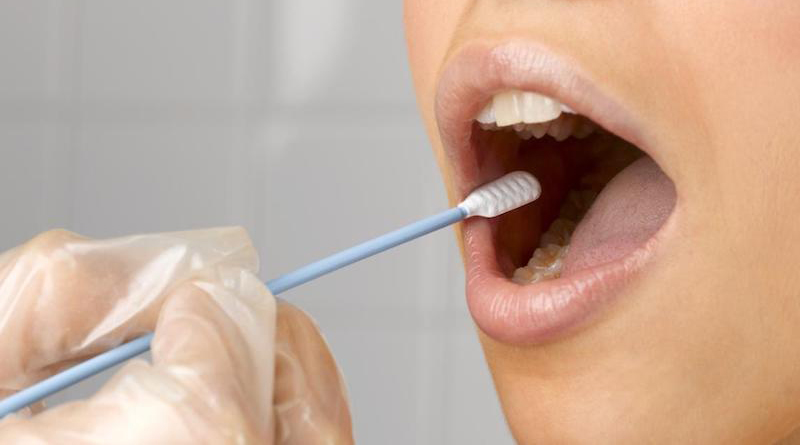 Learning how to pass a saliva drug test is becoming more important as it’s getting more common to see these types of drug test administered both in the USA and many other countries now, both employment and law enforcement purposes.

Although the window during which you will test positive is short, it’s the most dangerous type of drug test for several key reasons.

So what you’re going to learn here is everything you need to know about passing an oral drug test. Why they are so dangerous, when you could face one, how far back a mouth swab drug test goes, and strategies you can use to pass one when you have drug metabolites in your body.

Why Oral Drug Testing Is Getting More Popular

There are several basic reasons why oral drug testing is getting more popular in the USA and other countries around the world:

The Reasons Why Saliva Drug Testing Is Dangerous

Saliva drug testing is thought of as something which is not dangerous because if you haven’t taken drugs for a couple of days then you are probably going to be negative.

However, it’s in those few hours when you are positive that they can be really dangerous for the following reasons.

Firstly, anyone can administer them. A trained manager or personnel officer, your supervisor, basically anyone who’s had the basic training can do it. They just grab the kit, and they can be administering the test in two minutes.

Secondly, it is that speed of delivery thing. You could get caught out badly. If you have literally walked in to start your shift so nobody has managed to whisper to you, your supervisor could be standing there waiting to administer the test right then. There is literally no time to prepare.

Thirdly, results are immediate. You could be suspended from work in 15 minutes. No time to prepare any sort of defense. You test positive, you’re sent home, and you’ll probably also have to report locally for urine sample test within 24 hours which you will probably also fail (if you try to use fake urine you can still get caught out because the lab will know your failed drug test, and they will make it a supervised one).

That’s why mouth swab drug testing is also getting more popular for roadside drug tests. Because a police officer can test you immediately, they are now really common in many parts of the world, especially the UK and Australia. Even in the USA, some counties and states have trialed roadside mouth swab drug testing, and learning how to pass a swab drug test at the roadside is not something many people have knowledge of.

How Far Back Does A Mouth Swab Drug Test Go?

Although mouth swab drug tests are really dangerous for the reasons we’ve talked about, the drug detection time in saliva is usually pretty short.

Cocaine, meth, cannabis, they are all only detectable for about 24 hours for a moderate user, and around 48 hours for someone with higher levels of metabolites.

So for nearly every type of drug, as a moderate user, a couple of times a week, and if you haven’t taken anything in the past two days, then you will most likely be fine. The bottom line is that drug toxins simply don’t hang around in saliva very long.

For a heavy user, it could take a slightly longer 3-4 days to test negative. The worst-case scenario for a chronic cocaine or cannabis user is around five days.

Now this is all round averages, and who you are, what your metabolism is like, how quickly you process drug toxins, the doses you are taking, the purity, the frequency, the time since your last drug hit, it all makes a difference. The bottom line is that if you have taken anything in the past week, and your regular user, then you could be at risk if you don’t take countermeasures.

If you haven’t got many drug metabolites in your body, or you think you might be clean just want to make sure, then there are simple strategies that you can apply to maximize your chances of passing an oral drug test.

Here are the things you can do in advance of an oral drug test, if you know it’s coming:

Those are the things you can do before your test, but you can also try and influence the result of the test at the time it’s taken by doing the following simple things.

Firstly, ignore the instructions as much as possible. Try to make it difficult for the person to take an accurate sample. I’m not talking about hitting them or anything, I just mean to think about where they are trying to take the sample from.

You already know that drug metabolites gather mostly around the gumline, especially on the inside of your gums, and under the tongue. That’s where the person administering the test will target to collect a sample from. So move your head a bit. Cough, pretend you’ve got a strong gag reflex. Do anything you can to try and put them off and make them take the sample from inside your cheek, or higher up in the mouth generally.

If you do enough of that, especially with a work colleague, they could just give you the swab and say to do it yourself. Or they could just ask you take the sample yourself from the start, which is actually quite common. In that circumstance, make sure that you avoid the areas we’ve talked about, and try and wet the sample swab with saliva from high up on the inside of your cheek.

Let’s finish this guide on how to pass a saliva drug test by talking about the times when you know you are definitely going to fail it. This will be when you have drug toxins in your system and you know they will be present if your mouth is swabbed.

They come in a small bottle, and both cost around $30. You simply pour half the mouthwash in your mouth, swill it around, then spit out. Repeat the process, then dispose of the bottle. It takes about two minutes, and neutralizes your saliva for about 15-30 minutes depending on how high the level of toxins in your saliva is.

The problem with these bottles of saliva neutralizing mouthwash is that you can’t be particularly discreet with them. But they are cheap, and if you know the drug test is coming then they are a great option. 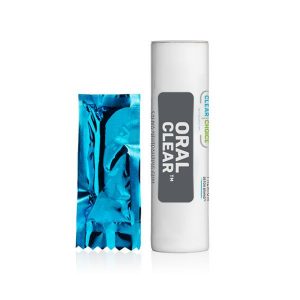 But for me, the ultimate solution has to be Oral Clear gum. To be honest, that’s misleading because it’s not really a gum, it’s a capsule of highly concentrated liquid.

Oral Clear is expensive, it costs about $90, but it’s definitely the most potent option to use for passing an oral drug test.

You simply pop the capsule in your mouth, swill the liquid around for about 30 seconds, then swallow everything. Discreet, and no evidence of what you’ve done.

Even if somebody is standing in front of you, you can cough, put the capsule into your mouth, then swill it around, and swallow it. You can do all this discreetly while someone is preparing the test, or you could do it while the cop is walking towards your car.